Whether it’s cinema or music, Citroens or the Queen – Monaco has something for everyone this week. Check out our exclusive picks for this week’s ‘What’s On In Monaco’ from CityOut…

Cinema: Pirates of the Caribbean: Dead men tell no tales (2017)

Captain Jack Sparrow searches for the trident of Poseidon while being pursued by an undead sea captain and his crew. At the Princess Grace Theatre – 21:00

A Picnic Music event in the Sonotheque (music library): A stunning screening of Amy Winehouse’s performance, live at Porchester Hall in 2007.

Picnic Music is a regular midday event on Tuesdays at the Sonotheque, where a concert is screened during lunch break.

Why not celebrate the Queen’s birthday at the Salon Bellevue: Cafe de Paris: Join an awesome party to celebrate the birthday of Queen Elizabeth II. There will be British music whilst other well known tunes are provided by the Band of the Carabiniers and guest singer, Alicia Sedgwick.

Live jazz at Note Bleue in the jazz lounge. Check out two performances on 15th and 22nd June, by saxophonist Manu Carre.

The 57th edition of television event takes place at the Grimaldi Forum.

From 16th to 20th June, the Monte Carlo Television Festival rewards the best television programs and their creators with the world famous, Nymphes d’Or.

This year’s party on the sea takes place at the Yacht Club of Monaco, and starts at 10am. The day dedicated to boating, with introductory sessions for water sports, a sea parade, and rescue demonstrations.

Organized by the Yacht Club of Monaco in collaboration with the Mairie de Monaco, the Pontons de Monaco and the Societe Nautique. 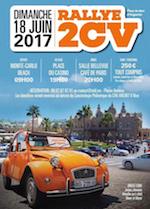 Taking places at Several different places in Monaco, take the opportunity to join in the fundraising rally for 2CV cars, raising money for paediatric oncology services at CHU L’ Archet II in Nice.

Calendar of events in Monaco – November