Another seminal week in the Principality. The first open-air international motor show opens its doors, whilst we welcome back the MAGIC anime conference. These international events are accompanied by opera, cinema, gala events and many other events that make another unforgettable week in The Principality come to life… 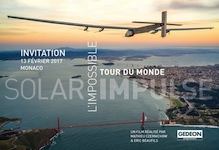 Movie of the round the world journey in the solar-powered plane, Solar Impulse, produced by Mathieu Czernichow and Eric Beaufils. Pilots Bertrand Piccard and Andre Borschberg are attending.

Tickets 6 euros on the door.

The 1st Monaco International Motor show is an open-air event based on a unique concept that reinvents the traditional motor show.  It is part of a responsible, sustainable development approach, with a limited impact on the environment.

From Thursday 16 February to Sunday 19 February, from 10 am to 7 pm Principauté de Monaco

At the Grimadi Forum – a wonderful celebration of Manga, Comics, Competition, Animation, Video Games and Pop Culture, organised by the company Shibuya Productions. The 3rd edition of Monaco Anime Game International Conference also includes conferences and round tables with game designers, producers and illustrators. In addition, there are competitions for cosplay, manga, and video game creation. 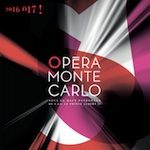 For tickets and reservations: