From forbidden Chinese cities to open-air cinemas and back again, Monaco is a hot-bed of amazing things to do. Check out our hand-picked guide to What’s On In Monaco this week… 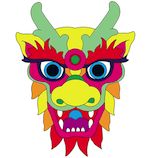 From 17th to 28th July,  there are a series of creative French language children’s art workshops at the Grimaldi Forum. They cater for children aged 4-6 in the mornings and 7-11 in the afternoons. The project is closely linked to the Grimaldi Forum’s summer exhibition about the Forbidden City and imperial China.

Each session includes a guided tour of the exhibition led by an art historian and a workshop that develops children’s creative skills using the exhibition as inspiration. 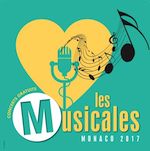 An outdoor summer concert taking place at Square Gastaud, from 19:30 to 22:00 at the bandstand; a concert of pop / rock / soul music by Ivory Soul.

One of several summer concerts organized by the Mairie de Monaco as part of Les Musicales festival.

A dance performance taking place at the Salle Garnier: Opera House within the Monte-Carlo Casino. There are four performances, nightly from 19th to 22nd July, of the Compagnie des Ballets de Monte Carlo, with choreographer Sidi Larbi Cherkaoui and dancer Jeroen Verbruggen.

Ticket-holders are invited to attend pre-performance talks with Jeroen Verbruggen, chaired by dance critic of the Financial Times, Laura Capelle, 20, 21 and 22 July at 18:45. Free entry with performance ticket. 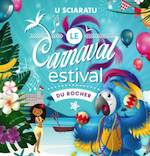 The 7th edition of the summer carnival and entertainment takes place in Several places in Monaco. From 18:00 to 1:00 in the old town, a festival on the Rocher, with a procession of carnival floats through the streets, headed by carnival king U Sciaratu. This year’s theme is Polynesia.

The French display is produced by Pyragric with a backing track of pop music.

Dates of other entries 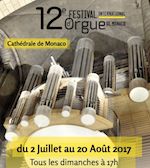 The performance is part of the 12th International Organ Festival of Monaco, from 2 July to 20 August.