So, what’s on in Monaco this week? From art exhibitions to top-class football, there is another action-packed week to look forward to in our magnificent Principality. Please find this week’s edition of our weekly, hand-picked guide, ‘what’s on’ guide below.:

Film Club: Screening of the film “Amadeus” followed by a debate 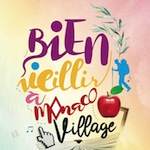 Marking World Alzheimers Day, this year for the first time, a village is being established called “Bien vieillir a Monaco” with the intention of informing the public about Alzheimer’s.

During the day there are stalls offering information, demonstrations, workshops and activities for children and adults, including Sunshine Zumba and Sunshine Yoga with Anette Shine, Tai Chi with Françoise Boscagli, country dancing with Monaco Country Line Dance, and live music with Curly Cloud.

From Thursday 22 September to Sunday 25 September, from 10 am to 8 pm Espace Fontvieille

On the theme of “Monaco’s Religious Heritage”, organised by the Department of Cultural Affairs

If you would like your event featured in our ‘Whats On In Monaco?’ guide, please don’t hesitate to get in touch: editorial.cityoutmonaco@gmail.com

Calendar of events in Monaco – November