How do you feel about money? Do you think it’s dirty? That it’s just a little bit… bad? Does liking money, or the things you can buy with it, mean that you’re selfish and greedy?

If any of this rings a bell with you, bad news: You’re probably never going to be rich. If on some level you don’t like money, you’ll probably never have a lot of it.

Your emotions will get in your way

If you think money — and being rich — is “bad,” it means that you don’t really want it. There’s a voice in your head — maybe you can hear it, maybe you can’t — that’s going to stand in your way.

For a lot of people, money isn’t important. They have other goals in life – Impressionist art or finding the perfect wave or eating their way across Asia – that don’t require much cash. And that’s fine.

But if you’re not like that, and if you want money, don’t get in your own way.

We’ve written a lot about how your emotions can get in the way of making good investment decisions. But not liking or being afraid of money is probably the biggest barrier to wealth of all. And it’s one you might not even recognise.

On some level, all of this might sound silly…

After all, who doesn’t like money (especially if you’re a subscriber to an e-letter about investing)? But ask yourself if you have these sorts of thoughts about money…

You might have picked up these beliefs — or any of dozens of similar feelings — from your childhood, from your faith, from your parents, from your friends, from the media, or anywhere else. 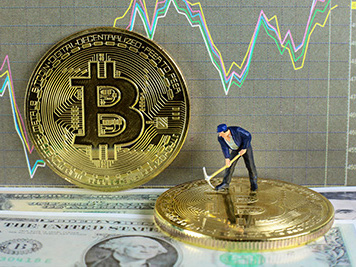 Crypto expert Tama Churchouse just released an update to his crypto market predictions. This week only, he’s sharing where cryptos are headed next, and a new crypto opportunity he believes could make you as much as a 9,900% gain in the long run. Watch his eye-opening video here.

Decide what you really believe about money. Is money OK? Is it all right to want money? Is there a good reason that you should not have money?

Don’t get me wrong. By itself, a positive attitude won’t get you far. Just deciding that you’re OK with wealth doesn’t mean you’re going to become a money magnet. Making money takes time, effort, sweat and work.

There’s no question rich people don’t have mixed feelings about money. Alibaba chairman Jack Ma, one of the richest people in Asia, doesn’t feel badly about being rich. Warren Buffett doesn’t frown at himself in the mirror every morning because he’s one of the world’s wealthiest people. Billionaire hedge fund managers got rid of their bad feelings about money a long time ago — if they ever had any in the first place. Rich people don’t feel badly about money. They wouldn’t be rich if they did.

But a first step is to make sure that your brain isn’t working against you. So if you think that you’d like money… but you’re somehow afraid of it or think it’s bad, you’re just fighting yourself. You need to stop and think about your real attitude. And either embrace it… or start with a clean slate that says, “Money is good.”

9 ways to gauge the health of a country’s economy

It’s never too late to start creating wealth… Here’s why.